In May 2019, THDA celebrated our 45th Anniversary of making an impact in Tennessee. Governor Bill Lee recognized our anniversary with a proclamation. You can read the text of that proclamation below.

STATE OF TENNESSEE PROCLAMATION BY THE GOVERNOR 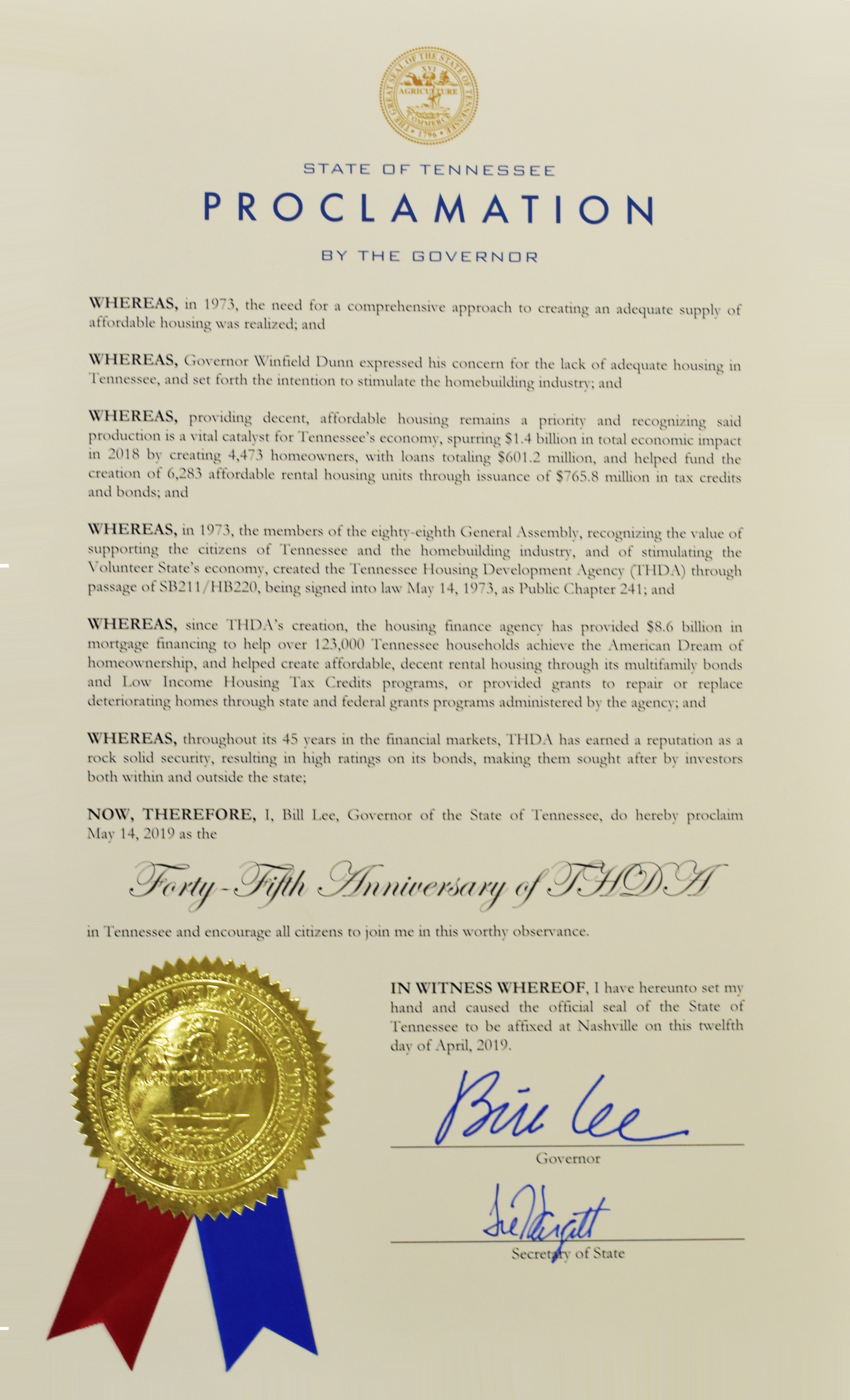 WHEREAS, in 1973, the need for a comprehensive approach to creating an adequate supply of affordable housing was realized; and

WHEREAS, Governor Winfield Dunn expressed his concern for the lack of adequate housing in Tennessee, and set forth the intention to stimulate the homebuilding industry; and


WHEREAS, providing decent, affordable housing remains a priority and recognizing said production is a vital catalyst for Tennessee's economy, spurring $1.4 billion in total economic impact in 2018 by creating 4,473 homeowners, with loans totaling $601.2 million, and helped fund the creation of 6,283 affordable rental housing units through issuance of $765.8 million in tax credits and bonds; and

WHEREAS, in 1973, the members of the eighty-eighth General Assembly, recognizing the value of supporting the citizens of Tennessee and the homebuilding industry, and of stimulating the Volunteer State's economy, created the Tennessee Housing Development Agency (THDA) through passage of SB211/HB220, being signed into law May 14, 1973, as Public Chapter 241; and

WHEREAS, since THDA's creation, the housing finance agency has provided $8.6 billion in mortgage financing to help over 123,000 Tennessee households achieve the American Dream of homeownership, and helped create affordable, decent rental housing through its multifamily bonds and Low Income Housing Tax Credits programs, or provided grants to repair or replace deteriorating homes through state and federal grants programs administered by the agency; and

WHEREAS, throughout its 45 years in the financial markets, THDA has earned a reputation as a rock solid security, resulting in high ratings on its bonds, making them sought after by investors both within and outside the state;

NOW, THEREFORE, I, Bill Lee, Governor of the State of Tennessee, do hereby proclaim May 14, 2019 as the Forty-Fifth Anniversary of THDA in Tennessee and encourage all citizens to join me in this worthy observance.

IN WITNESS WHEREOF, I have hereunto set my hand and caused the official seal of the State of Tennessee to be affixed at Nashville on this twelfth day of April, 2019. 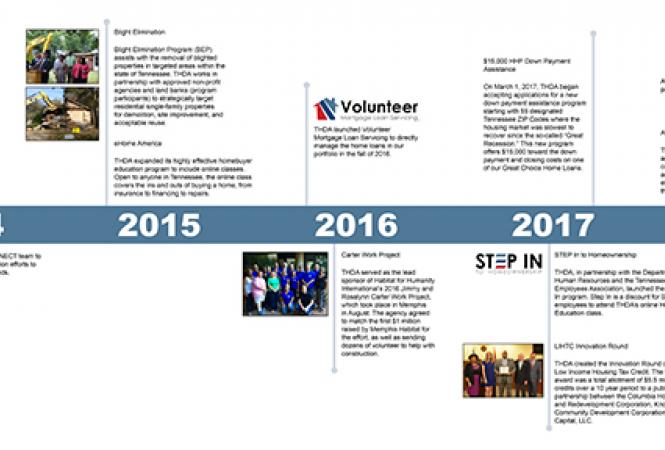 See a timeline of THDA's accomplishments since 2013

See a timeline of THDA's accomplishments since 1973