The awardees are comprised of individuals and nonprofits from across the state who have made a meaningful impact on affordable housing in Tennessee.

Categories for the 2018 awards included the Director's Award, the Leadership Award, the Neighborhood Stabilization Award and the Impact Award.

"We are pleased to recognize these organizations with the Tennessee’s Best award,” Perrey said. “We hope doing so highlights some of the great work that is being done to provide Tennesseans with safe, decent, affordable housing statewide.”

Sevier County Mayor Larry Waters was selected for the Director's Award for his efforts to increase the availability of affordable housing in Sevier County in the aftermath of the deadly 2016 wildfires which destroyed over 2,000 structures in the area. The Director's Award is given to a person, organization, program or activity found that made the greatest impact in their areas of expertise and were instrumental in creating affordable housing opportunities to those in need.

The Neighborhood Stabilization Award went to Frayser Community Development Corporation for its multi-pronged efforts to eliminate blight, increase the number of owner-occupied homes and raise property values through the use of rehabilitation and new construction in the Frayser Community of Memphis. The Neighborhood Stabilization Award goes to an organization that has significantly contributed to the stabilization of a neighborhood through their use of THDA programs or the orchestrated use of THDA programs with other housing organizations.

The Metropolitan Development and Housing Agency of Nashville and LHP Capital were joint recipients of the Impact Award for their continuing efforts to revitalize the Trevecca Towers apartments in Nashville. The Impact Award recognizes an organization and/or project that has gone above and beyond to address affordable housing challenges in Tennessee and make changes that will positively affect affordable housing for Tennesseans in the years to come.

The Tennessee's Best awards were given during the 2019 Governor's Housing Conference, which was hosted by THDA at the Music City Center in Nashville on March 6-7. The conference is held annually to bring together housing professionals from across the state and country to discuss important housing issues and their impact on Tennessee. 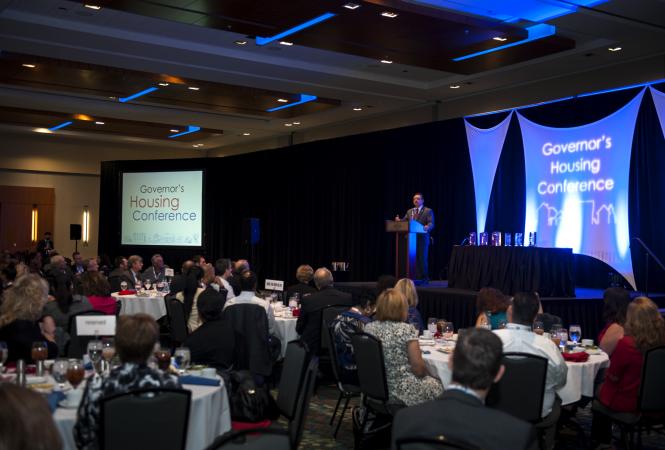