Director’s Award – Jim Harbison of Metropolitan Development and Housing Agency
The Director's Award is given to a person, organization, program or activity found that made the greatest impact in their areas of expertise and were instrumental in creating affordable housing opportunities to those in need.

The Tennessee's Best awards were given during the 2020 Governor's Housing Conference, which was hosted by THDA at the Music City Center in Nashville on March 12-13. The conference is held annually to bring together housing professionals from across the state and country to discuss important housing issues and their impact on Tennessee. 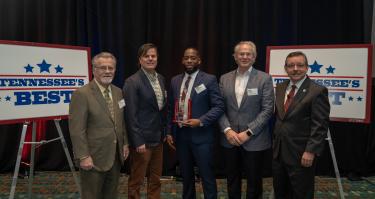